His accusation comes barely two days after a video of the lawmaker beating a woman in a sex toy shop in Abuja surfaced on social media.

Narrating his ordeal, Owolabi-Atobatele said he had met Abbo during the Ekiti state governorship election of 2014, where he offered him a N2.8 million contract to work as media consultant for his campaign in the 2015 elections.

Trouble started when Abbo lost the election and refused to honour the contract signed with Owolabi-Atobatele.

The journalist said he had been beaten and stripped naked by Abbo after he demanded his money.

“I had a contract of N2.8million naira with him, to work as a media personnel to him, to cover all his movement for the election and for his campaign as senator, in Mubi North, under APC in 2015.

“On August 13, 2015, I traveled with him to Yola Adamawa State, from Abuja by air and we lodged at Lelewa hotel for weeks while campaigning for the primary election.

“We traveled from Adamawa to Mubi, Vintim muchala back to Mubi and later to Yola after he lost the Senatorial ticket.”

“On approaching Sen. Ishiaku of the contract agreement we had together, he refused to pay. Despite so many persuasion in other for him to just give me part of my money, he refused to attend to me,” he said.

“On the faithful day we wanted to travel together to Mubi for the last campaign, but Bokoharam invaded Mubi prior to the day we ought to have travel. Due to the invasion of Bokoharam I began to plead with him that I needed to leave the state.

“As soon as he came out, I began to plead with him that I have to go, the next thing he said is that I was embarrassing him, he leaped on me and started beating and slapping me. To the extent of telling his orderly to put me inside the pickup. He told them to cock the gun at me that he will kill me and tell people am a member of Boko Haram.

“When I heard that statement I was shocked because I don’t know anybody there and I can’t speak their language fluently. No one could come to my rescue as everybody was just dumbfounded at the way he brutalised me and broke my ankle.

“I was begging him to just leave me and let me go that I will leave the money for him because of his action. That very night at around 2am. I was driven along quiet area telling his orderly that they should shoot me if I dear shout again. On that fateful night, one of his orderly begged that they should take me to Police station.

“He broke my phone I couldn’t contact anybody he tore my cloth and naked me. Till date, he didn’t pay me the money,” he said.

Below are the screenshots Owolabi-Atobatele used to substantiate that he had a conversation with the lawmaker: 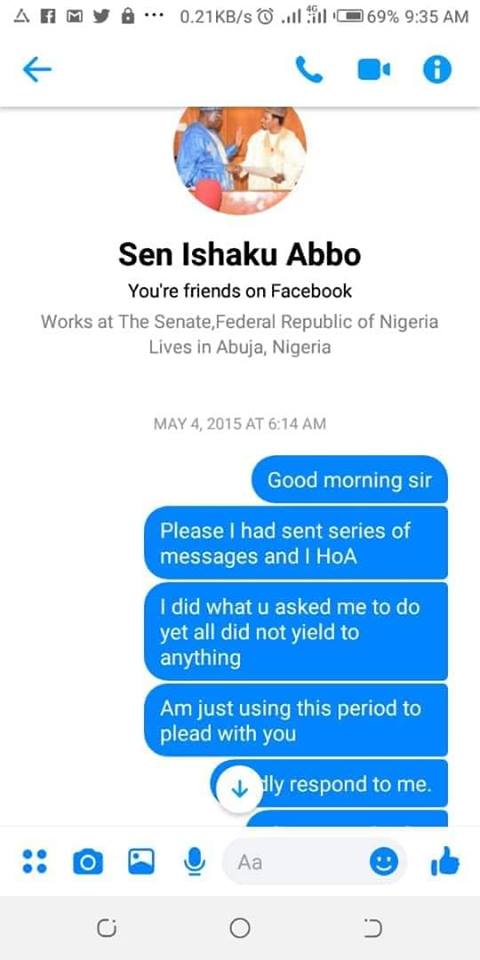 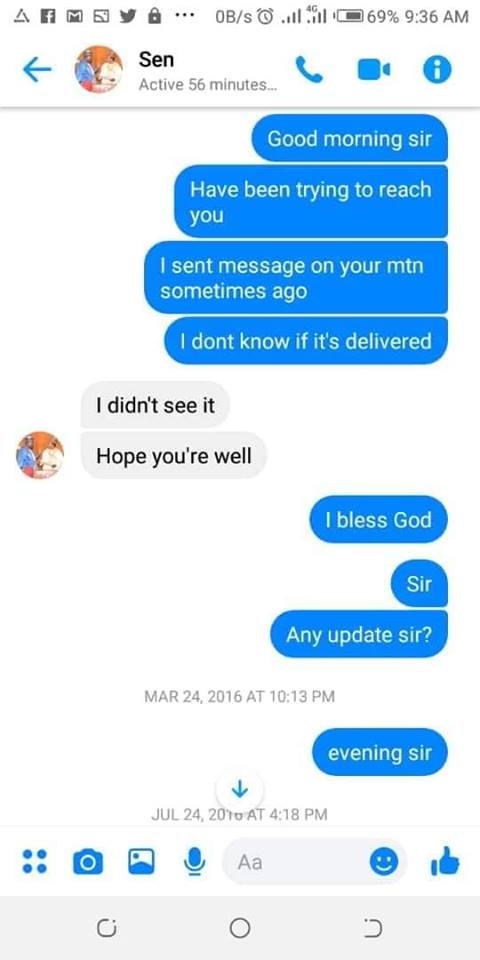 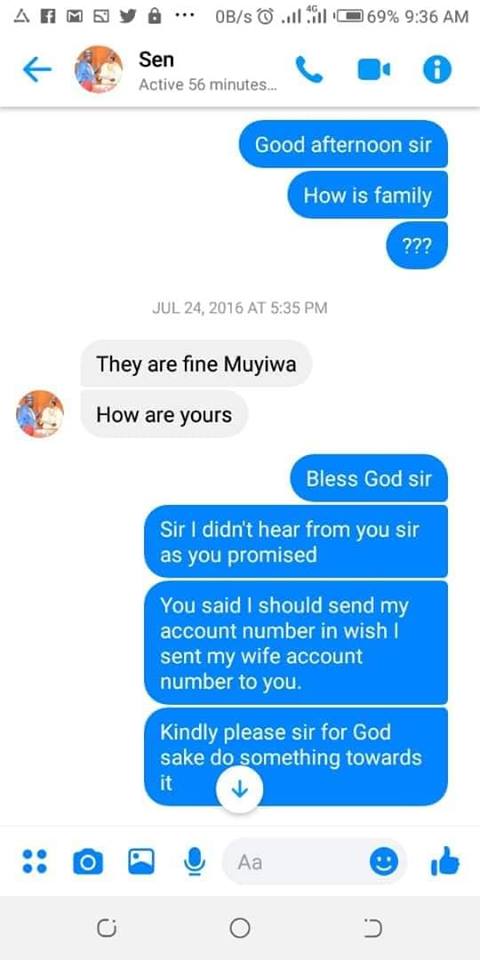 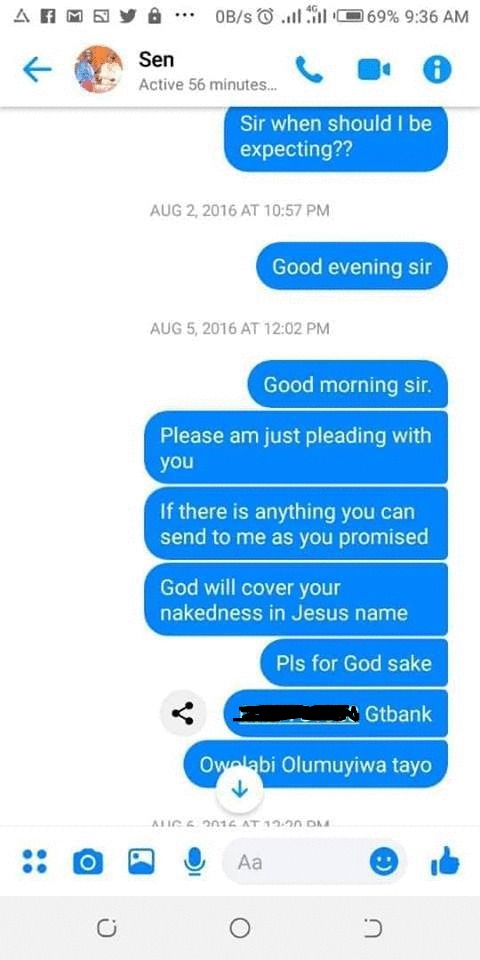 What UNIBEN Said About Rape, Murder Of 100-Level Student

VIDEO: ‘Take Me Home Instead Of Polluting My Spirit’, Says Policeman After Killing Colleague

Why Buhari Didn’t Address Nigerians On May 29 – PDP

The Peoples Democratic Party (PDP), has said President Muhamamdu did not address the nation on …

Herdsmen Attacks: Delta Is Our Home, We Have Nowhere To Go – Miyetti Allah